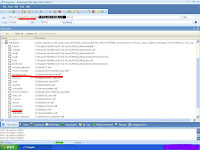 It looks as if Symantec has a bit of a problem with Blind SQL Injection. Unu has uncovered the vulnerability lying in one of Symantec's public Internet portals.

Using a couple of off-the-shelf tools - Pangolin and sqlmap - it's possible to enumerate the back-end databases supporting the public Internet web site - and this is what Unu appears to have been done.

Blind SQLi isn't a particularly sophisticated vulnerability, but it is often a labor intensive type of attack - not to mention rather noisy (due to the repeated requests and incremental guessing of characters that make up the database objects). That said, there are a bundle of tools out there that'll do all this work for you - so you don't need to be particularly security-savy to do this. In fact you probably don't even to need to know what SQL is since the tools take care of everything for you.

I discussed some of this the other week at the OWASP conference. Today these kinds of tools and features are becoming standard within botnets - which means that exploitation of these vulnerabilities and enumeration of the the database' data can be conducted in a few minutes - way before a security team can actively respond to the attack and close down the breach and loss of confidential data. 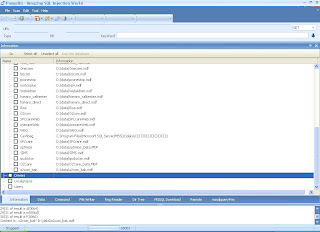 After enumerating the Symantec Web server, it would seem that there is data covering a number of Symantec products Oasis, Northwind, OneCare, as well as a couple of very interesting storage points relating to Norton and SymantecStore.

Based upon whats visible upon Unu's site, the Symantec store contains over 70,000 rows - which appear to be customer records, complete with clear-text passwords - that's bad and dumb! (Symantec should know better).

Oh, and there appears to be something like 122k records associated with product serial numbers.

I'm hoping that Symantec are dealing with this vulnerability and closing it down (as it's not clear whether Unu provided Symantec with prior knowledge of this vulnerability). In the meantime, they may want to start looking for a new security vendor to do some WebApp pentests.
Posted by Gunter Ollmann at 6:07 AM