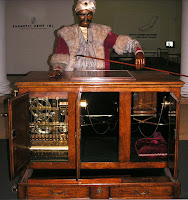 For many prospective buyers of the latest generation of network threat detection technologies it may appear ironic that these AI-driven learning systems require so much manual tuning and external monitoring by vendors during a technical “proof of concept” (PoC) evaluation.

Practically all vendors of the latest breed of network-based threat detection technology require varying levels of network accessibility to the appliances or virtual installations of their product within a prospect’s (and future customers) network. Typical types of remote access include:


Depending upon the product, the vendor, and the network environment, some or all of these types of remote access will be required for the solution to function correctly. But which are truly necessary and which could be used to unfairly manually manipulate the product during this important evaluation phase?

To be flexible, most vendors provide configuration options that control the type, direction, frequency, and initialization processes for remote access.

When evaluating network detection products of this ilk, the prospective buyer needs to very carefully review each remote access option and fully understand the products reliance and efficacy associated with each one. Every remote access option eventually allowed is (unfortunately) an additional hole being introduced to the buyers’ defenses. Knowing this, it is unfortunate that some vendors will seek to downplay their reliance upon certain remote access requirements – especially during a PoC.

Prior to conducting a technical evaluation of the network detection system, buyers should ask the following types of questions to their prospective vendor(s):


It is important that prospective buyers understand not only the number and types of remote access necessary for the product to correctly function, but also how much “special treatment” the PoC deployment will receive during the evaluation period – and whether this will carry-over to a production deployment.

As vendors strive to battle their way through security buzzword bingo, in this early age of AI-powered detection technology, remote control and manual intervention in to the detection process (especially during the PoC period) may be akin to temporarily subscribing to a Mechanical Turk solution; something to be very careful of indeed.

Posted by Gunter Ollmann at 1:16 PM No comments:

Anomaly detection approaches to threat detection have traditionally struggled to make good on the efficacy claims of vendors once deployed in real environments. Rarely have the vendors lied about their products capability – rather, the examples and stats they provide are typically for contrived and isolated attack instances; not representative of a deployment in a noisy and unsanitary environment.

Where anomaly detection approaches have fallen flat and cast them in a negative value context is primarily due to alert overload and “false positives”. False Positive deserves to be in quotations because (in almost every real-network deployment) the anomaly detection capability is working and alerting correctly – however the anomalies that are being reported often have no security context and are unactionable.

Tuning is a critical component to extracting value from anomaly detection systems. While “base-lining” sounds rather dated, it is a rather important operational component to success. Most false positives and nuisance alerts are directly attributable to missing or poor base-lining procedures that would have tuned the system to the environment it had been tasked to spot anomalies in. 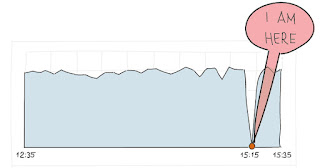 Assuming an anomaly detection system has been successfully tuned to an environment, there is still a gap on actionability that needs to be closed. An anomaly is just an anomaly after all.
Closure of that gap is typically achieved by grouping, clustering, or associating multiple anomalies together in to a labeled behavior. These behaviors in turn can then be classified in terms of risk.

The middle ground has historically been difficult to achieve. Which anomalies are the meaningful ones from a threat detection perspective?

Inclusion of machine learning tooling in to the anomaly and behavioral detection space appears to be highly successful in closing the gap.

What machine learning brings to the table is the ability to observe and collect all anomalies in real-time, make associations to both known (i.e. trained and labeled) and unknown or unclassified behaviors, and to provide “guesses” on actions based upon how an organization’s threat response or helpdesk (or DevOps, or incident response, or network operations) team has responded in the past.

Such systems still require baselining, but are expected to dynamically reconstruct baselines as it learns over time how the human operators respond to the “threats” it detects and alerts upon.
Machine learning approaches to anomaly and behavioral threat detection (ABTD) provide a number of benefits over older statistical-based approaches:


It is anticipated that use of these newest generation machine learning approaches to anomaly and behavioral threat detection will not only reduce the noise associated with real-time observations of complex enterprise systems and networks, but also cause security to be further embedded and operationalized as part of standard support tasks – down to the helpdesk level.

(first published January 13th - "From Anomaly, to Behavior, and on to Learning Systems")
Posted by Gunter Ollmann at 10:13 AM No comments: