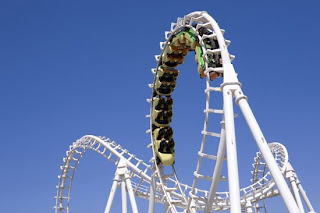 Last week I was in Washington DC speaking at the annual OWASP AppSec conference. While there and acquaintance of mine - Dinis Cruz - posted a series of blogs concerning IBM, Ounce Labs, OWASP's O2 project and his mix in the equation - as well as presenting upon the status of O2. The crux of the blog series covers Dinis' analysis of why the recent purchase and integration of Ounce Labs in to IBM could work (but isn't) and a home for O2.

A few people have commented on the blog series - most notably R'Snake - in particular as it relates to the O2 project.

To be perfectly honest I'm not that familiar with the O2 project - having never gotten my hands dirty playing with it - but I know from experience how valuable similar tool integration frameworks are. From a pure-play consulting perspective, the ability to automate the dissection of results from multiple static analysis tools is money in the bank, and as such most security consulting practices offering code analysis services have typically invested their own time and money building similar tools. But custom integration paths are a substantial cost to consulting companies - so an Open Source framework has a lot of appeal (if it's good enough).

That said, Open Source projects like O2 typically have little to no appeal for any but the smallest MSSP and SaaS providers. Such service providers - seeking to build managed offerings around the integration and consolidated output of commercial (and freeware) tools - suffer from intense pressure by investors (and potential acquisition/merger partners) to not include Open Source code due to licensing and intellectual property disclosure concerns. Taking O2 down a commercial route eventually (or offering a seperate route like SNORT/SourceFire) would however have an appeal in these cases.

Shifting focus back to IBM and the acquisition and integration of Ounce Labs technology in to the Rational software portfolio - I share several of Dinis' concerns. From what I understand (and overheard at the OWASP conference), the Ounce Labs technologies are rolling under the Watchfire product team and being integrated together - which I would see as a sensible course of action, but would effectively mean the end of the "Ounce Labs" brand/product label. NOt that that really matters to the market, but it does tend to turn-off many of the employees that transitioned to IBM as part of the acquisition. Having said all that though, the WatchFire team are a bunch of very smart people and they were already well on the way to having developed their own static analysis tools that would have directly competed with Ounce Labs (at least in the Web-based language frameworks) - so this current integration is largely a technology-path accelerator rather than a purchase of new technology.

Dinis proposes a story - well, more of a "plot" - in which IBM can fulfil the requirements of a fictitious customer with an end-to-end solution. His conclusion is that IBM has all the necessary components and is more than capable of building the ultimate solution - but it's going to be a hard path and may never happen in practice.

I can understand the motivations behind his posts - particularly after personally passing through the IBM acquisition and integration of ISS. IBM has so much potential. It has some of the brightest researchers I have ever encountered in or out of academia and some of the best trained business executives in the world - however, it's a monster of a company and internal conflict over ownership (of strategy, the customer, and key concepts such as "security") between divisions and "brands" appears all to often to sink even the best made plans or intentions.

My advice to Dinis in making up his mind whether to stay with IBM or to move on would be this... if you enjoy working on exciting problems, inventing new technologies and changing focus completely every 2-4 years, but aren't overly concerned whether your research and technology will actually make it to a commercial product - then IBM is great (you can even start planning your retirement). However, if you're like me and the enjoyment lies in researching new technologies and solving problems that customers will actually use and be commercially available in the same year (or decade?) you worked on them, then it's unlikely you'd find IBM as fulfilling. IBM's solution momentum is unstopable once it gets going - but it takes a long time to get there things rolling and is pretty hard to change course once its rolling.
Posted by Gunter Ollmann at 5:53 AM