Over the past few years there's been a growing trend for enterprise security teams to develop their own internal center of excellence for malware investigations. To help these folks along, there's been a bundle of technologies deployed at the network perimeter to act as super-charged anti-virus detection and reporting tools.

There's a problem though. These technologies not only tend to be more smoke and mirrors than usual, but are increasingly being evaded by the malware authors and expose the corporate enterprise to a new range of threats.

Earlier this week I released a new whitepaper on the topic - exposing the techniques being used by malware authors and botnet operators to enumerate and subvert these technologies. The paper is titled "Automated In-Network Malware Analysis".

I also blogged on the topic yesterday over on the Damballa site - here.

Someone once told me that the secret to a good security posture lies in the art of managing compromise. Unfortunately, given the way in which the threat landscape is developing, that “compromise” is constantly shifting further to the attacker’s advantage.

By now most security professionals are aware that the automated analysis of malware using heavily instrumented investigation platforms, virtualized instances of operating systems or honeypot infrastructures, are of rapidly diminishing value. Access to the tools that add sophisticated evasion capabilities to an everyday piece of malware and turn it into a fine honed one-of-a-kind infiltration package are simply a few hyperlinks away.

Embedding anti-detection functionality can be achieved through a couple of check-boxes, no longer requiring the attacker to have any technical understanding of the underlying evasion techniques.

Throughout 2010 these “hacker assist” tools have been getting more sophisticated and adding considerably more functionality. Many of the tools available today don’t even bother to list all of their anti-detection capabilities because they have so many – and simply present the user with a single “enable anti’s” checkbox. In addition, new versions of their subscriber-funded tools come out at regular intervals – constantly tuning, modifying and guaranteeing their evasion capabilities.

In response to the explosive growth in malware volumes and the onslaught of unique one-of-a-kind target malware that’s been “QA Tested” by their criminal authors prior to use in order to guarantee that there’s no desktop anti-virus detection, many organizations have embarked upon a quest for what can best be described as “AV++”.

AV++ is the concept behind some almost magical array of technologies that will capture and identify all the malware that slips past all the other existing layers of defense. Surprisingly, many organizations are now investing in heavily instrumented investigation platforms, virtualized instances of operating systems or honeypot infrastructures – all the things that are already know to have evasions and bypassing tools in circulation – despite the evidence. Has fear overcome common sense?

An area of more recent concern lies within the newest malware creator tool kits and detection methodologies. While many of the anti-detection technologies found in circulation over the last 3-4 years have matured at a steady pace, the recent investments in deploying automated malware analysis technologies within a targeted enterprise’s network have resulted in new innovations and opportunities for detection and evasion.

Just as the tactic of adding account lockout functionality to email accounts in order to prevent password bruteforcing created an entirely new threat (the ability to DoS the mail system by locking out everyone’s email account) so we see the development of new classes of threats in response to organizations that attempt to execute and analyze malware within their own organizations.

In a “damned if you do, and damned if you don’t” context, the addition of magical AV++ technologies being deployed within the borders of an enterprise network has opened the doors to new and enhanced evasion tactics.

To best understand the implications and dynamics of the new detection and evasion techniques being used by the criminals targeting businesses I’ve created a detailed white paper on the topic.

Posted by Gunter Ollmann at 10:36 AM No comments: 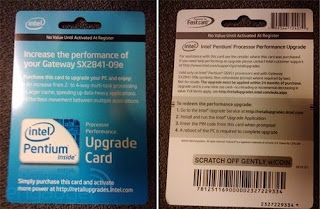 Catching up with some of the RSS feeds I monitor earlier today I came across some chatter about the newly launched/noticed upgrade option for Intel processors. Specifically, the $50 upgrade option to the new Pentium G6951.

So whats all this about? Apparently, the new processor can be "upgraded" by purchasing what amounts to a license key for turning on the embedded functionality of the chip. Or, to put it another way, you've purchased a PC with a downgraded Pentium processor with disabled features - but can "enable" those features at a later date by simply purchasing the aforementioned "upgrade card".

There's a lot of fervor concerning this particular innovation from Intel. Granted, the concepts aren't particularly new and other technology companies have tried similar tactics in the past (e.g. I was once told that the IBM Z-Series mainframes ship with everything installed but, depending upon the license you purchased, not all the capacity/features of the system are enabled), but It's not something I'm a particular fan of. Then again, it would seem to me that I'm probably not the type of consumer that Intel would be marketing this product strategy to either.

The Intel site describing the upgrade technology/processes/etc. can be found at http://retailupgrades.intel.com/ - although it does appear to still be in a state of "under construction" as evidenced with the following response to the FAQ question of "Which PC's with this upgrade work on?" 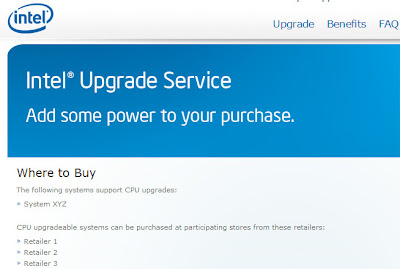 Good luck with this one Intel. It's not like I'll be buying any product (Intel or other) knowing that it had been intentionally disabled and subject to an additional fee for activation.

The exception would be if I felt like doing a bit of RE to get the full functionality without buying in to the whole marketing "vision" (subject to license agreements, yadda, yadda, yadda...).
Posted by Gunter Ollmann at 2:50 PM No comments: 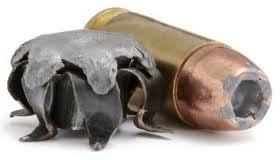 The week before last I attended and spoke at the OWASP AppSec 2010 conference on the first day, meanwhile HD Moore spoke on the second day.

A couple of things he said at the time stuck in my mind and I've been musing over them throughout last week. One comment - in response to a question that had been raised - was that IDS/IPS evasion is already sufficient within Metasploit and that further techniques would be "like kicking a cripple kid". Granted, not very PC - but that's the purpose of such statements.

I agree to a certain extent that IDS/IPS technologies can be evaded - but there's a pretty broad spectrum to IDS/IPS technologies and 'one size doesn't fit all'. For example, HD Moore mentioned that simply using HTTP compression (i.e. GZIP) is enough to evade the technology. Not so. For IDS/IPS technologies with full protocol parsing modules (rather than packet-based signature matching) such techniques won't work. But that's by the by. Depending upon the sophistication of the attacker and their knowledge of the strengths and weaknesses of the IDS/IPS technology, evasions can often be found in short order (depending upon the type of vulnerability being exploited). While it's obviously to HD Moores advantage to talk a good game on behalf of Metaspolit and novel evasion techniques, it doesn't hurt to be reminded that there is an agenda to making such broad claims.

The other comment he made related to the progress of adding more advanced payloads and exploit techniques. While I can't remember precisely the terms he used, the way he was discussing the topic - how much fun everyone was having inventing and developing the new techniques - I couldn't help by feel a little ashamed that things within the professional (attack-based) security field had reached this level.

What do I mean? Well, the way in which HD Moore was describing things to the audience I couldn't help but think in terms of physical weapons research. The description of the nestled exploit and evasion modules and how the developers/researchers were going about developing better, faster and more efficient techniques made me visualize a game of one-up man-ship between bullet designers. Something like the following...

Infinite detection of malware? In Sophos' blog entry "To infinity and beyond" it's pointed out that there's an infinite number of malware threats (and that there'll be more tomorrow). It's also implied that customers are protected against these infinite threats by infinite detection capabilities - which is obviously taking the theme in to some far-flung infinite parallel universe with infinitely better anti-virus solutions that we have in our particular reality.

Nevertheless, their perspective of infinite malware is quite correct. Given that malware can by dynamically generated (checkout the paper on x-morphic attack engines), exhibit polymorphic capabilities and is generally created faster than it can be counted, captured and cataloged, then for all intents and purposes it is infinite.

Which means I have to chuckle when I hear or read any media coverage about the number of malware a particular vendor has captured and written detection signatures for. It's like saying "look, I tripped over 2,543,234 pieces of malware around the world last year and developed protection of each of them". Then, with my mathematicians hat on... infinite threats minus 2,543,234discovered threats still leaves an infinite number of threats. Or, expressing detection coverage as a percentage of scale of the threat = zero percent.

Obviously that's not precisely true. Anti-virus technologies are generally OK at detecting the stuff they've seen before and with generic catch-all signatures they can often capture or label related families of malware as being malicious - or at the very least "suspicious". The problem tends to grow in to frustration when practically every binary file downloaded from the Internet gets marked as "suspicious" - and hence the label becomes meaningless.

Despite all this, Sophos is spot on - there's an intinite number of malware out there, and there'll be more tomorrow. Welcome to the day after yesterday.
Posted by Gunter Ollmann at 8:33 AM 1 comment: