Opt-in Botnets and hacking from the office 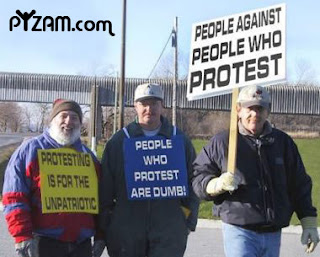 An area of personal interest for me over the last couple of years has been the evolution of cyber-protesting - in particular the development of what could be best called "opt-in botnets".

While the last 12 months have seen numerous stories covering politically motivated DDoS attacks targeting government institutions and country-specific brand name multi-nationals, several aspects to the evolution of this threat have been lost in the noise.

I'm planning on writing a handful of papers and articles covering both the emergence and evolution of cyber-protesting (from a security practitioners view), and how social networking sites are a game changer for the nature and breadth of attacks we can expect over the coming years.

That said, an important aspect of this cyber-protesting threat I believe lies with the increasing acceptance of opt-in botnets. In particular, the capability of a social group to create/access customized attack tools that can be harnessed for collaborative attacks against a shared target - where the software agent is intelligently linked to a centralized command and control infrastructure - and the distributed agents can be coordinated as a single weapon. All this with the consent of their cyber-protesting supporters.

Some aspects to this botnet-based cyber-protesting have already manifested themselves - in particular the way social networking sites like Facebook were used to incentivize supporters to visit external sites and download tools that would target Hamas or Israeli government sites at the beginning of this year.

That said, and why I bring up this topic now, there was an interesting column piece on SecurityFocus yesterday by Mark Rasch - Lazy Workers May Be Deemed Hackers. Mark examines the very important issue that many corporate entities may have unintentionally exposed their employees to some pretty severe legal ramifications - i.e. potentially exposing them to criminal prosecution if they misuse their work machines. This is important in the context of opt-in botnets.

If an employee decides to install any out-in cyber-protesting software on to their work machine and allows it to launch an attack against some target, while it may be a fire-able offense (i.e. inappropriate use of corporate systems) it could also lead to criminal hacking charges. Which, as Mark's column points out, is a pretty harsh offence for the employee - but also means considerable work (and distractions) for the employer in having to be involved with law enforcement and their prosecution process, whether they want to or not.
Posted by Gunter Ollmann at 7:04 AM