When it comes to protecting the end user, the information security community is awash with technologies and options. Yet, despite the near endless array of products and innovation focused on securing that end user from an equally broad and expanding array of threats, the end user remains more exposed and vulnerable than at any other period in the history of personal computing.

Independent of these protection technologies (or possibly because of them), we’ve also tried to educate the user in how best (i.e. more safely) to browse the Internet and take actions to protect themselves. With a cynical eye, it’s almost like a government handing out maps to their citizens and labeling streets, homes, and businesses that are known to be dangerous and shouldn’t be visited – because not even the police or military have been effective there.

Today we instruct our users (and at home, our children) to be careful what they click-on, what pages or sites they visit, what information they can share, and what files they should download. These instructions are not just onerous and confusing, more often than not they’re irrelevant – as, even after following them to the letter, the user can still fall victim.

The fact that a user can’t click on whatever they want, browse wherever they need to, and open what they’ve received, should be interpreted as a mile-high flashing neon sign saying “infosec has failed and continues to fail” (maybe reworded with a bunch of four-letter expletives for good measure too).
For decades now thousands of security vendors have brought to market technologies that, in effect, are predominantly tools designed to fill vulnerable and exploited gaps in the operating systems lying at the core of devices the end users rely upon. If we’re ever to make progress against the threat and reach the utopia of users being able to “carelessly” using the Internet, those operating systems must get substantially better. 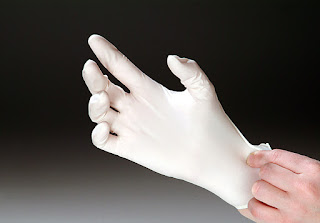 In recent years, great progress has been made in the OS front – primarily smartphone OS’s. The operating systems running on our most pocket-friendly devices are considerably more secure than those we rely upon for our PC’s, notebooks, or servers at home or work. There’s a bunch of reasons why of course – and I’ll not get in to that here – but there’s still so much more that can be done.
I do believe that there are many lessons that can be learned from the past; lessons that can help guide future developments and technologies. Reaching back a little further in to the past than usual – way before the Internet, and way before computers – there are a couple of related events that could shine a brighter light on newer approaches to protecting the end user.

Back in 1850 a Hungarian doctor named Ignaz Semmelweis was working in the maternity clinic at the General Hospital in Vienna where he noted that many women in maternity wards were dying from puerperal fever - commonly known as childbed fever. He studied two medical wards in the hospital – one staffed by all male doctors and medical students, and the other by female midwifes – and counted the number of deaths in each ward. What he found was that death from childbirth was five times higher in the ward with the male doctors.

Dr. Semmulweis tested numerous hypothesis as to the root cause of the deadly difference – ranging from mothers giving birth on their sides versus their backs, through to the route priests traversed the ward and the bells they rang. It appears that his Eureka moment came after the death of a male pathologist who, upon pricking his finger while doing an autopsy on a woman who had died of childbed fever, had succumbed to the same fate (apparently being a pathologist in the mid-19th century was not conducive to a long life). Joining the dots, Dr. Semmulweis noted that the male doctors and medical students were doing autopsies while the midwifes were not, and that “cadaverous particles” (this is a period of time before germs were known) were being spread to those birthing mothers.

Dr. Semmulweis’ medical innovation? “Wash your hands!” The net result, after doctors and midwifes started washing their hands (in lime water, then later in chlorine), was that the rate of childbed fever dropped considerably.

Now, if you’re in the medical trade, washing your hands multiple times per day in chlorine or (by the late 1800’s) carbolic acid, you’ll note that it isn’t so good for your skin or hands.

In 1890 William Stewart Halsted of Johns Hopkins University asked the Goodyear Tire and Rubber Company if they could make a glove of rubber that could be dipped in carbolic acid in order to protect the hands of his nurses – and so was born the first sterilized medial gloves. The first disposable latex medical gloves were manufactured by Ansell and didn’t appear until 1964.

What does this foray in to 19th century medical history mean for Internet security I hear you say? Simple really, every time the end user needs to use a computer to access the Internet and do work, it needs to be clean/pristine. Whether that means a clean new virtual image (e.g. “wash your hands”) or a disposable environment that sits on top of the core OS and authorized application base (e.g. “disposable gloves”), the assumption needs to be that nothing the user encounters over the Internet can persist on the device they’re using after they’ve finished their particular actions.

This obviously isn’t a solution for every class of cyber threat out there, but it’s an 80% solution – just as washing your hands and wearing disposable gloves as a triage nurse isn’t going to protect you (or your patient) from every post-surgery ailment.

Operating system providers or security vendors that can seamlessly adopt and automatically procure a clean and pristine environment for the end user every time they need to conduct activities on or related to the Internet will fundamentally change the security game – altering the battle field for attackers and the tools of their trade.