"The details of one billion stolen credit cards were posted yesterday upon hundreds of Web sites around the world." What would we we if that actually happened? (and how do you know it hasn't happen today?) 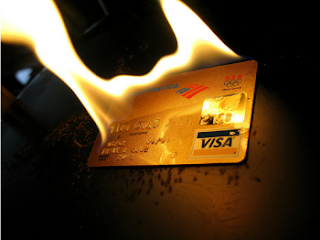 Practically every day there's some kind of public disclosure about some company-or-other having been infiltrated and the credit card details of a bunch of their customers were stolen. Despite several years of increased disclosures and ever-higher volumes of cards being stolen, I'm not actually sure what the impact is. Granted, every so often you'll see some followup story about how XYZ Corp is being sued due to third-party losses due to the data breach; but really, what would happen if there were more data losses... much more...

I don't know how many credit and debit cards there are in circulation around the world, but I'm pretty sure it's going to be measured in the multiple billions. So what could happen to the world if one billion (i.e. 1,000,000,000) credit cards and all the appropriate card owners details were intercepted and dumped on the Internet for all to see (and use?) at midnight tonight?

You might question the logistics of such an interception and accumulation of that many cards. Here are (just some) some ways in which it could happen:
I don't know how far-fetched the last couple of scenarios are (and I know that plenty of safe-guards have been installed to counter various scenarios) but, at the end of the day, it doesn't really matter. The data exists somewhere in digital form and, given the right skills, circumstances, and motivations, it would be possible to accumulate and dump the details of one billion stolen credit cards.

So, the stolen data is stolen, made publicly available for all and sundry to access and potentially use, what happens now? Does our financial system collapse? Do organizations begin to sue one-another over overestimated (potential) losses they've incurred? Do the owners of those stolen credit cards loose everything? Does anyone who has their own credit card stop using it - loosing faith in that aspect of the banking system?

I think this is a discussion that we really need to have. To be frank, getting hold of the data related to a (few) billion credit cards is getting easier every day. I believe it is inevitable that truly colossal dumps of stolen data will occur sometime soon.

The impact will be huge.

Lets ignore all of the behind-the-scenes shenanigans the lawyers and bankers will perform and, for once, focus on just one person... and maybe that happens to be you. What happens if you wake up tomorrow morning, head on in to work, stop by the Starbucks on the corner to grab your morning coffee and your card is denied. So you try another card, and it too is denied. You get on the phone to your bank to try to find out what happening and you're greeted with a robo-message that hundreds of millions of the bank-issued credit cards have been stolen and that they've taken action to ensure that no fraudulent charges will be made to your cards. The downside? None of your cards work in the meantime and it'll be at least a couple of weeks before the bank can issue and post out the replacements (and that's being damned optimistic - given the scale of the problem). I hope you have enough cash for gas to get home that evening.
Posted by Gunter Ollmann at 8:34 AM