The antivirus industry has been trying to deal with false positive detection issues for a long, long time -and it’s not going to be fixed anytime soon. To better understand why, the physicist in me draws an analogy with Heisenberg’s Uncertainty Principle – where, in its simplest distillation, the better you know where an atom is, the less likely you’ll know it’s momentum (and vice versa) – aka the “observer effect“. In the malware detection world, the more positive you are that something is malware, the less likely you’ll catch other malware. And the reverse of that, the better you are at detecting a spectrum of malware, the less positive you will be that it is malware. 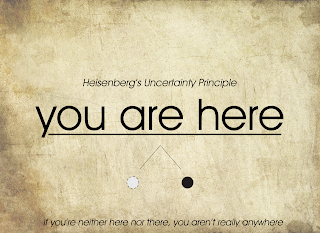 If that particular geek-flash doesn’t make sense to you, let me offer you this alternative insight then. The highest fidelity malware detection system is going to be signature based. The more exacting the signature (which optimally would be a unique hash value for a particular file), the greater the precision in detecting a particular malicious file – however, the precision of the signature means that other malicious files that don’t meet the exacting rule of the signature will slip by. On the other hand, a set of behaviors that together could label a binary file as malicious is less exacting, but able to detect a broader spectrum of malware. The price for that flexibility and increased capability of detecting bad stuff comes at the cost of an increased probability of false positive detections.

In physics there’s a variable, ℏ the reduced Planck constant – that acts a bit like the fulcrum of a teeter-totter (“seesaw” for the non-American rest-of-the-world); it’s also a fundamental constant of our universe – like the speed of light. In the antivirus world of Uncertainty Principles the fulcrum isn’t a universal constant, instead you could probably argue that it’s a function of cash. The more money you throw at the uncertainty problem, the more gravity-defying the teeter-totter would appear to become.

That may all sound a little discomforting. Yes, the more capable your antivirus detection technologies are in detecting malware, the more frequently false positives will crop up. But you should also bear in mind that, in general, the overall percentage of false positives tends to go down (if everyone is doing things properly). What does that mean in reality? If you’re rarely encountering false positives with your existing antivirus defenses, you’re almost certainly missing a whole lot of maliciousness. It would be nice to say that if you’re getting a whole lot of false positives you must, by corollary, be detecting (and stopping) a shed-load of malware — but I don’t think that’s always the case; it may be because you’re just doing it wrong. Or, as the French would say – C’est la vie.
Posted by Gunter Ollmann at 7:09 AM