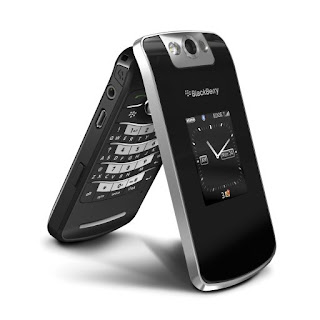 Smartphones are getting smarter. You know it, I know it, and every would-be criminal botnet operator knows it too. But why haven't we seen many cellular botnets? It's not as if it's difficult to exploit, compromise or otherwise socially engineer a remotely controllable agent on to the handset.

Thoughts on the topic went up on the Damballa blog site earlier today and are mirrored below...

Last month I gave a couple of presentations covering the current state of cellular mobile botnets – i.e. malware installed on mobile phone, smartphone and cellular devices designed to provide remote access to the handset and everything on it. While malware attacks against dumb and smart phones are nothing new, the last 3 years of TCP/IP default functionality, compulsory data plans, access and provisioning of more sophisticated development API’s, have all made it much easier for malware developers to incorporate remote control channels in to their malicious software. The net effect is the growing “experimentation” of cellular botnets.

I purposefully use the term “cellular” so as to focus attention on the botnet agents’ use of the mobile Telco’s cellular network for Internet access – rather than more localized WiFi and Bluetooth services. Worms such as Commwarrior back in 2005 made use of Bluetooth and MMS to propagate between handsets – but centralized command and control (CnC) was elusive at the time (thereby greatly limiting the damage that could be caused, and effectively neutering of any criminal monetization aspirations). More recently thoughh, as access to the TCP/IP stack within the handsets has become more accessible to software developers through better API functionality by the OS vendors, the tried and tested CnC topologies for managing (common) Internet botnets are be successfully applied and bridged to cover cellular botnet control.

Discussions about Smartphone botnets are making it to the media more frequently – albeit mostly the IT and security press – for example, “Botnet Viruses Target Symbian Smartphones“. Based upon the last couple of presentations I’ve given on the topic, lots of people are worried about cellular botnet advances – no more so than the Telco providers themselves.

Sure, there are plenty of ways of infecting a Smartphone – successful vectors to date have been through Trojaned applications, fraudulent app store applications, USB infections, desktop synchronization software, MMS attachments, Bluetooth packages, unlocking platform application downloads/updates, etc. – but relatively little has been publicly discussed about the use of exploit material. As we all unfortunately know, one of the key methods of infecting desktop computers is through the exploitation of software vulnerabilities. Are we about to see the same thing for Smartphones? Will cellular botnets similarly find that handset exploitation will be the way to propagate and install botnet agents?

In all likelihood, vulnerability exploitation is likely to a lesser problem for Smartphone – at least in the near future. Given the diversity in hardware platforms, operating systems and chip architectures, it’s not as easy to create reliable exploits that can affect more than one manufacturers line of product. That said though, some product lines are numbered in the tens of millions of devices, and the OS’s are becoming increasingly better at making the underlying hardware transparent for malicious software and exploitation. I’ll also add that there are plenty of vulnerabilities, “reliable” exploits up for sale and interested researchers bug hunting away – but at the moment there’s little financial gain for professional botnet operators compared to the well established (and much softer) desktop market of exploitable systems. But we have to be careful to not marginalize the threat, it’s worth understanding that botnets are already being developed and (in very limited and targeted distribution) are being used for installing botnet agents on vulnerable handsets.

This is of course causing increasing heartburn for the mobile telco providers – since their subscription models essentially mean that they’re responsible for cleaning up infected handsets and removing the malicious traffic, much more so than traditional ISP’s are. If a handset is infected, their customer will likely incur a huge bill and (as what typically happens) the Telco will not be able to recover the losses from the customer. Attempts to recover the cost from the customer will increasingly yield two results – 1) they won’t be a customer any longer and 2) the negative PR will have them rolling in pain.

Fortunately, as the cellular botnets become more common and sophisticated in their on-device functionality, they’re also going to become more mainstream and closely related to classic Internet botnets. What this means is that their CnC channels and infrastructure will increasingly be close to (or the same as) “standard” botnets. Which in turn means that cellular botnets can be thwarted at the network layer within the mobile Telco operator’s own networks (similar to what some major ISP’s are trialing with their residential customers) – thereby turning the threat in to something that they can protect against. How is that possible? Well, a quick browse of the Damballa website should provide a fair bit of insight in to that – and perhaps I’ll post a follow-up blog on key techniques sometime soon.

Posted by Gunter Ollmann at 6:31 PM