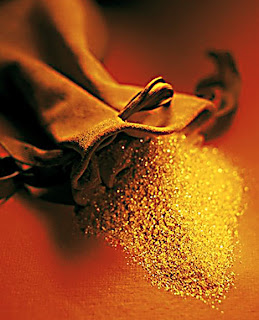 After a hard day's conferencing, security folks will typically end up in the hotel bar and, with odds often appearing to be in excess of 3:1, the conversation will inevitably encompass a discussion of which internal corporate systems are the most hacked/vulnerable/indefensible.

If the migratory cluster of bar stools and hotel chairs encircling the obligatory way-too-small table contains more than a pair of reformed hackers or pentesters, by listening in you'll end up gaining quite a bit of insight in to why the better hackers are so often successful (and you'll probably also pick up a few tell's for future reference).

While there's much literature and many tutorials to be found that explain the technical aspects of how to successfully compromise corporate defenses, exploit systems and ultimately extract data, there's actually very little "guidance" on which systems should be targeted and why, once you've breached the network. Sure, there's plenty of discussions covering the technical aspects of how to raise privileges (e.g. locating and exploiting the Active Directory server in order to acquire corporate user/admin credentials etc.), but which systems really provide the treasure trove?

Quite a few folks I've been speaking with will initially (and specifically) target the systems used by the corporate security teams. These systems are important for a couple of reasons; 1) internal security folks often have good access to a wide range of other systems that may be valuable and 2) By keeping an eye on the "watchers" you'll know when you're close to being caught and can stay a couple steps ahead. Personally, I think it's a ballsy move if you can pull it off - but it's not something I'd throw in as a priority. There are a lot of inherent risks in trying to tackle systems maintained and watched by the professionally paranoid - so it may be more prudent to gather better intel first.

Another primary target for some folks is to go after the obvious corporate data repositories - the backend databases, business intelligence systems and storage facilities. This mode of attack I'd associate much more with the quick "get in and get out of dodge as fast as you can" - maximizing the potential reward by sacrificing (IMHO) a fair degree of stealthiness and persistence. If typically works very well - and is an ideal tactic for "compelling result" penetration testing or hackers looking for rapidly monetizable data.

A tactic that I've always preferred (dependent upon the specific objectives of the pentest of course) is to initially locate and target the QA systems. For the folks that target the corporate secuity systems or go after the official data repositories, going after the QA systems sounds not only unexciting but also like a complete and utter waste of time. But hear me out first. QA systems really are a veritable treasure trove of corporate data. Consider the following:
Sure, there's plenty of other opportunistic systems to go after within a target's organization once they've been breached, but with all other factors being equal, there are certain tactical tell's that can be readily associated with the types of hackers and pentesters out there (the previous three just being examples I heard/discussed repeatedly over the last couple of weeks).

The primary objectives and "styles" of the hackers/pentesters reminds me a little of those old Western gold-rush films. Rounding up the Sheriff and his deputies and locking them up in their own jail before robbing the bank is a little analogous to going after the security folks/systems. Meanwhile the priority targeting of the corporate data repositories reminds me of a stagecoach robbery - the pounding of hooves and guns blazing. Yet going after the QA systems reminds me of a movie in which the villains dig up the ground under the saloon and casino - hoovering up all the gold dust that patrons had lost over the years through the cracks in the floorboards.

Grab a beer with a friendly hacker or pentester and ask them how they'd earn their gold.
Posted by Gunter Ollmann at 7:35 PM