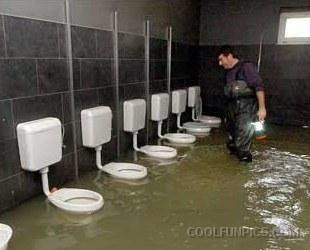 Last week I was asked a couple of times how good Data Leakage Prevention (DLP) products are at protecting against botnets. Before I get started describing the pro's and con's of DLP in combating professional botnet operations, there are a few things I probably need to make clear - as it'll help add some perspective to the angle I'm coming from.

As you probably already know, I spent a fair amount of time developing and improving Intrusion Prevention System (IPS) technologies in my tenure with ISS (and then later, under IBM). During that time there were a number of market dynamics that required me to spend quite a bit of time reviewing, analyzing and evaluating the various DLP technologies - both at the host and then network levels. In general though, I was not impressed with the technology - and still aren't. From my perspective, DLP is a bit of a white elephant and is probably going to go down in the annuls of Security History in the chapter next to NAC. Don't get me wrong, as a concept DLP has its place, but in practice it fails to provide any compelling features that aren't (or can't be) delivered using other more common (and existing) enterprise security technologies.

Now, being a networking kind of guy, the thing I find most interesting about network-based DLP is the show and dance the various DLP vendors make about Deep Packet Inspection (DPI) - you'd almost think that they invented the technology and that it only to DLP. Lets get this straight from the beginning - DPI existed within IPS (and IDS) for 5+ years before even the first DLP companies became incorporated and, whats more, products like ISS' Proventia fully parse many hundreds of networking and content-level protocols - many times more than even the most mature dedicated DLP product out there.

So, if you're thinking DLP is a new and vital technology to roll out in your enterprise (particularly at the network layer), my advice would be to look to a top-tier IPS appliance instead because you'll find better protocol and content inspection coverage, and higher capabilities in inspecting traffic for critical data leakage. One day I'd love to see a head-to-head appliance review of the various vendors products detecting and defending against all the most common data leakage techniques/tactics.

Detecting and stopping the leakage of confidential corporate information
Detecting the information leakage from bot infected hosts should be an easy task - after all, that's supposed to be DLP's bread and butter. Unfortunately it's not quite as easy as it sounds.
Cleanup and remediation of bot infected victims
Well, I can't think of anything that DLP offers in this realm. 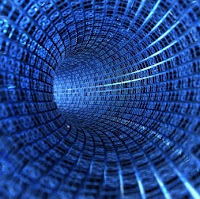 Clobbering Botnets with DLP
In general, DLP makes for a very poor anti-botnet technology. DLP is adequate enough detecting the simple stuff - e.g. a user sending an email with 10,000 credit card details - but is ill positioned to detect an automated bot agent obfuscating or encrypting a compressed file of corporate secrets.

In fact, as far as I'm concerned, I can't really see a reason for it existing as a separate security technology anyway. Existing IPS technologies and signatures include just about all of the data leakage detection features already.

That all said, DLP is probably adequate enough for detecting stupid user mistakes, but useless for combating professional criminals - whether they're botnet operators or insider threats.
Posted by Gunter Ollmann at 6:40 PM