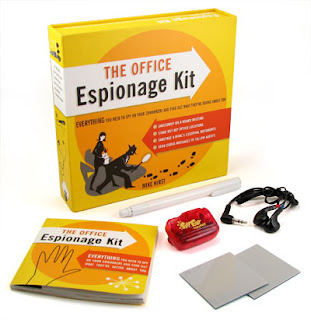 News of corporate espionage amongst the Fortune-100 - with targets like Google and Adobe - has been breaking all day. It's interesting to note the thoughts of the different commentators and their take on the China slant.

Earlier today I blogged (rather extensively) on my take of the news. You can find those comments posted here - Corporate Espionage and Tethered Criminal Actions - and copied below...

The media is buzzing with the latest news concerning Google and Adobe and the targeted attacks directed at their corporate systems. While it’s news, it’s important to understand that this isn’t something that’s only just happened – rather it’s been something that both these organizations (and dozens more) have been subjected to for quite some time; it’s just become public, and they’re admitting to be the victims. But this is important.

I’ve been providing security consultancy advice for a couple of decades. I’ve been pulled in to do post attack forensics along with specialized pentesting, bug-hunting and reverse engineering for the majority of the Fortune 500 companies and in all that time, unless they were required to by law, not one have gone public about the attacks they were subjected to and the losses they have incurred. That’s why this Google/Adobe/etc. news is so significant – some Fortune-500 companies are actually saying “hey, enough already, we’re under constant attack – we need to do something collectively about this!”

Whats the primary vehicle for these (ongoing) attacks? You’ll hear plenty of discussion portraying viruses and malware as being the problem, and plenty of implications that the Chinese government lies behind the attack(s). But let’s be clear – that’s a fantastically simplistic view of the threat. Implying that the threat lies with targeted malware and China is like saying that drunk driving deaths are due to poor car design, and that the underlying cause is a particular beer brewery.

Malware is just a tool. The fundamental element to these (and any espionage attack) lies with the tether that connects the victim with the attacker. Advanced Persistent Threats (APT), like their bigger and more visible brother “botnets”, are meaningless without that tether – which is more often labeled as Command and Control (CnC).

The methods for getting a malware agent into an organization and on to key/critical hosts are incredibly diverse but, most importantly, can best be phrased as “trivial”. If someone wants to infect systems within a targeted organization and is willing to spend more than a few thousand dollars worth of effort to do so, it’ll happen – simple as that. Just as importantly, the malware being distributed and used in these kinds of attacks can be thought of as a Swiss Army knife with Klingon cloaking capabilities.

I jest only in part about the Klingon cloaking part – but it actually works well as a visual metaphor. Just as the Klingon Warbirds must decloak in order to launch their attack with photon torpedoes etc., APT’s and botnets must decloak themselves at the network level in order to maintain their CnC connections and be successful in harvesting espionage data. While APT’s are more surreptitious when it comes to CnC connectivity, their weakness lies in their network communications. At the host level, the probability of detecting an installation prior to actual financial/legal damage lies largely in the realm of dragons and mermaids.

Looking at the botnets we identify and track at Damballa that target enterprise networks, many of them fall in to the classification realm of APT’s. The malware component is under constant change – often being updated on a daily basis. Meanwhile the low-and-slow stealthy CnC traffic navigates the corporate network, weaves it’s way through fast fluxing networks and stratified levels of command relays, and makes it back to the team who’s really in control of the compromised assets – a bunch of contracted criminals located somewhere safe and far away. I use the term “team” on purpose because this is an organized collective of professional operators – each with their own skills and specialties.

I see a lot of discussions about preventing systems from being compromised – in fact most of the security business today is exclusively focused on threat prevention. But, you know what, every year (for the last two decades at least) as antivirus vendors release their annual threat reports the percentage of hosts known (or suspected) of being a victim and running malware has increased. As we launch in to 2010, I think the percentage most industry experts and veterans would throw about would be 35-40 percent of all Internet connected systems are compromised and currently running malware. Despite the terrific advances in detection, mitigation and cleanup – the numbers continue to go up. Despite the new detection technologies, the bad guys retain their lead. APT’s related malware lie in a particular niche, but they aren’t being prevented from getting in to an targeted organization. Let’s just face facts – if someone wants in on your organization and are willing to invest time and resources to do so, the probability that they will be successful in doing so certainly favors them.

Detecting and mitigating the CnC – breaking that tether of control – lies at the heart of dealing with this threat. By blocking those CnC channels, the bad guys can’t remotely control your enterprise systems, and they can’t extract the secret data they want. Tracing back who lies at the end of the CnC communication ultimately leads to he contracted criminals running the operation. The fact that those criminals happen to be located in a particular country is only part of identifying the instigators of the threat – but it’s probably as far as we’ll get.

Like I said earlier, I’ve had to deal with many of these threats before. In the UK, it appeared that many of the corporate espionage attacks were masterminded by French or US entities. In Taiwan it appeared to be China and South Korea. In China it appeared to be Taiwan and Australia. In Greece it appeared to be Turkey and Egypt. And so on… but those are only my specific experiences. [unfortunately, not a single corporate victim ever went public about the attacks they fell victim to - and probably never will... sigh]

With regards to the APT’s and botnets that Damballa tracks, detects and mitigates… well, those CnC’s are spread around all over the world and most likely reflect the locations of the professional teams that contract out there services, rather than the location of their their ultimate customers.

My advice to organizations being targeted with APT’s, botnets and unauthorized remote control of corporate resources? Focus on the network CnC – and mitigate there. By all means protect your perimeter and clean up your hosts – that’ll keep the unsophisticated script-kiddies and rif-raf off your systems – but it means very little to the pros. Success in dealing with this threat – the threat that Google, Adobe, and most global businesses (and governments) face constantly – is to identify which assets are currently compromised and “nuke-and-pave” them asap. I.e. identify systems that are trying to connect to their remote CnC, immediately cut that tether, and rapidly rebuild that system from a known good state (which is increasingly looking like a bare-metal state). If you can get that notification-to-rebuilt process down to 20 minutes or less, you’ll be in a good position to deal with this class of threat long term. Until then, you’re just messing around at playing detective.

Posted by Gunter Ollmann at 7:24 PM