Making Money with Your Own Stealthy Botnet - Part I 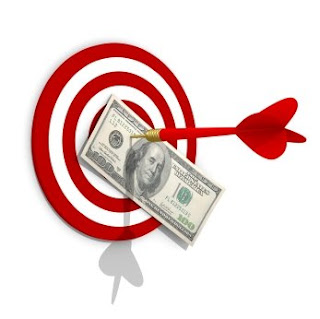 Over the last month or so I've had quite a few conversations with friends and former colleagues concerning what are the "cool" things you could do with your very own private botnet. Most of these conversations stem from them wanting to learn more about what I'm now doing - having joined Damballa a little while ago - and some of the nasty things criminals are doing with their botnets... which often deteriorates in to a "if I had a big botnet I'd..." type of discussion.

So, several ideas have been thrown around and I figured it would make an interesting series of blogs.

If I had a botnet...
"If I had a botnet..." is an interesting way of thinking about how criminal use of botnet may evolve over the next few years. While the news is full of stories and stats about monster botnets being built up and the volume of spam they're capable of pumping out, those are actually the boring ones (from a threat perspective) - and probably the least efficient use of a botnet. If your intent is to make money from a botnet, then using it for spam is effectively chump-change.

So, "if I had a botnet... how would I make real money from it?" - that's the killer question, and the one I'm going to explore.

1. The Custom Advertiser
Lets assume that I have a medium-sized botnet of some 50,000 victim hosts - most of which are home PC's on local DSL networks. Since acquiring (or reacquiring) those victims is a raw cost to me, anything I do with my botnet needs to be subtle and go undetected for as long as possible.

The users of the bot-infected computer, like most of the Internet-browsing planet, are constantly surfing sites plastered with advertising. Since my bot-agent is running on their host and is capable of both hooking the TCP/IP stack (i.e. man-in-the-middle) and operating within the browser (i.e. man-in-the-browser), I can intercept, view and edit any Web content before it gets rendered within the browser.

Since advertising seems to be a profitable route, why not replace those ads with ads of my own choosing? It's simple to do - in fact it's damned-near trivial. It's not even a new idea - some major ISP's around the world have toyed with doing similar things in the past (if not actually doing it today).

Look out for the next installment of Making Money with Your Own Stealthy Botnet...
Posted by Gunter Ollmann at 7:36 PM